A re look at items of our past, focusing on the good and the bad.  To show where we have been and where we are going.  We look at the latest update of Franchise Hockey Manager 5 (v 5.7.66) – and see where it takes the sports management genre.

“Franchise Hockey Manager 5 is the only sports strategy game licensed by the NHL ® , including the real clubs, awards, and trophies associated with the greatest hockey league in the world. FHM 5 allows you to build your hockey franchise into a perennial Stanley Cup winner YOUR way, in the current 2018-“ – Steam Description

A Ice Hockey sports management game with the official league license from one of the biggest leagues in the world. It ticks the boxes straight away for us (big sports fans).  Before we hit reset on our site – we covered the previous 3 games in the series and rated them highly.

Previous games, highlighted how the biggest sports management game creators in Sports Interactive (Football Manager), don’t have all the tricks in their book.  We came into this review with high hopes.

Before I talk about the gameplay, the main improvement to the management genre has brought is the history of it. The team have done a super job in going back in the NHL History and building some historical challenges.  It brought the game genre to a new level, where you go back to teams of the past and rewrite history. 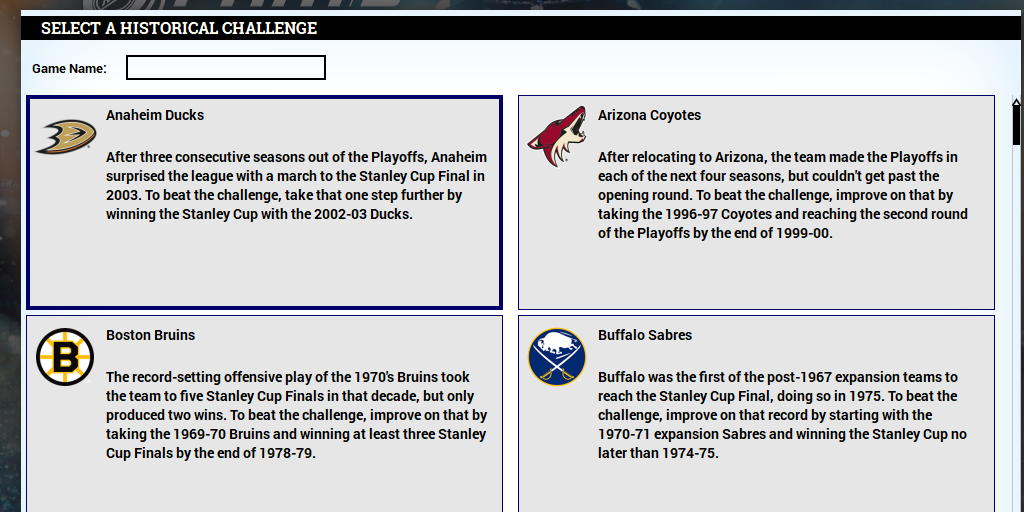 The game is massive, as a sports management title is – so I will cover a few highlights.  Depth of the title is immense. Looking at depth charts, working out what tactic to use and makes sure you get the right personnel in.  Like all sports management titles, there is a lot of info to go through. The User Interface, Out Of The Park Developments use is terrific – once you get use to it.

Navigating the information is great. I found looking at depth charts and finding weaknesses is quite fun to work out. 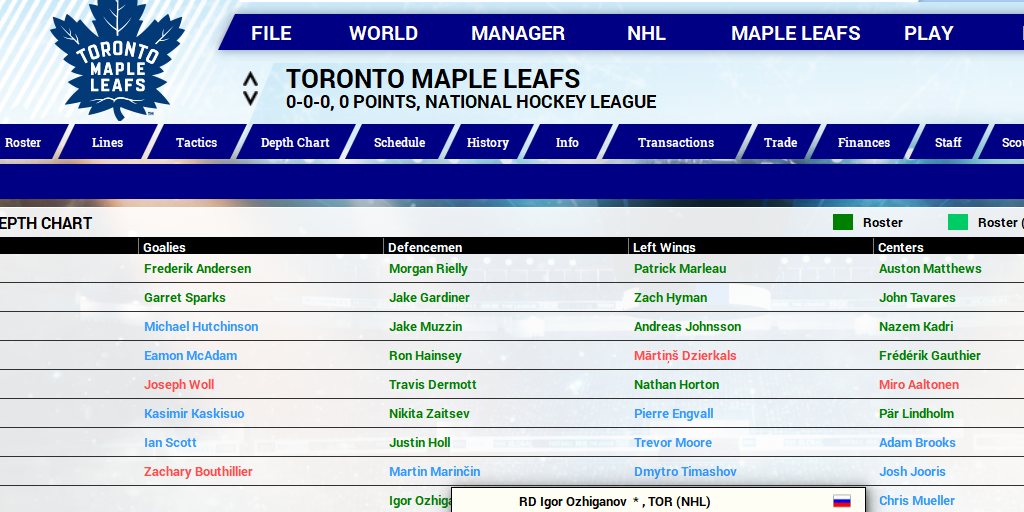 However the trading system needs some tweaking. Its too slow. Message the other team, can I have player X and I will give you player Y. Your Assistant says – they should accept it, but they don’t respond for 3 days.  Its doesn’t help when you want to gut the team and have a finite number of days before the season starts.  Would love to see a time system, similar to Football Managers – where when the day progresses – new messages might pop up. Meaning transfers take less time, meaning game goes quicker.

On Ice – in games, its starting to feel dated now. I like the retro feel and I can see the work done into it. However it needs a overhaul to be allot more defined. 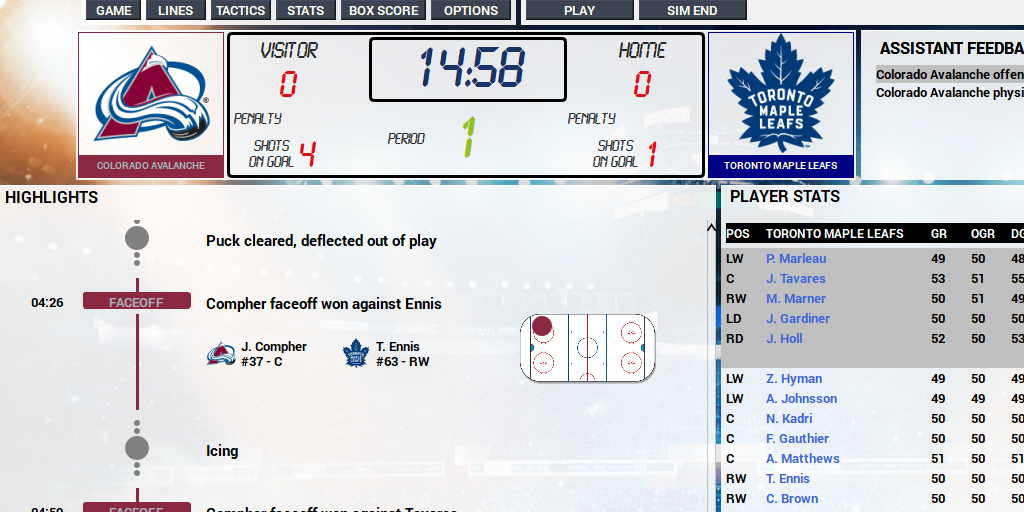 I have to admit – I simulated through most of my games in season this time around. It felt too slow and too retro. Even though I loved that feel it last years game.

In its current form of management games, this one doesn’t quite hit the mark. Which is weird to say, it didn’t take me in as others in the Franchise did.

Others, I was taken by what their take was. It needs streamlining so for those of us who want to get through a season in around 10-20 hours can.  Trades need to be quicker, I like to go hard and rebuild a franchise – I want to see responses ASAP – so can move to a different issue.

When I play the individual games in the season – I want to be brought into the action – feel the game. It still feels too retro Champship Manager. Watching a text bar roll down my screen.

Its improving constantly and putting in the Vegas Knights option of drafting the entire team, also the historical challenges were fun to see.

The game scores a solid 3/5 – A game I would buy if I loved to get my Ice Hockey Manager Fix.  In terms of quality of game compared to all the sports manager titles I have played, in the past I have played Football Manager Mobile and Out Of The Park Baseball 19 – they are my top two.  Franchise Hockey 5 sits 4th, behind Motorsports Manager.

Developer – Out Of The Park Developments

Publisher – Out Of The Park Developments