Basically, a Tower Defense game on a grid system that evolves and changes as you get further and further into the game.  Bigger and better towers get unlocked and the bigger the challenge the enemies possess.

Gameplay evolves defending your “data servers” from the viral corruption. Its focus is a minimalist approach – focusing on the gameplay itself. It works.

The gameplay of setting up your server defences to the get a slew of enemies called glitches, bugs and viruses – trying to get into your system. Each server level will have different challenges in its own level design and make sure to position those towers in the right places. 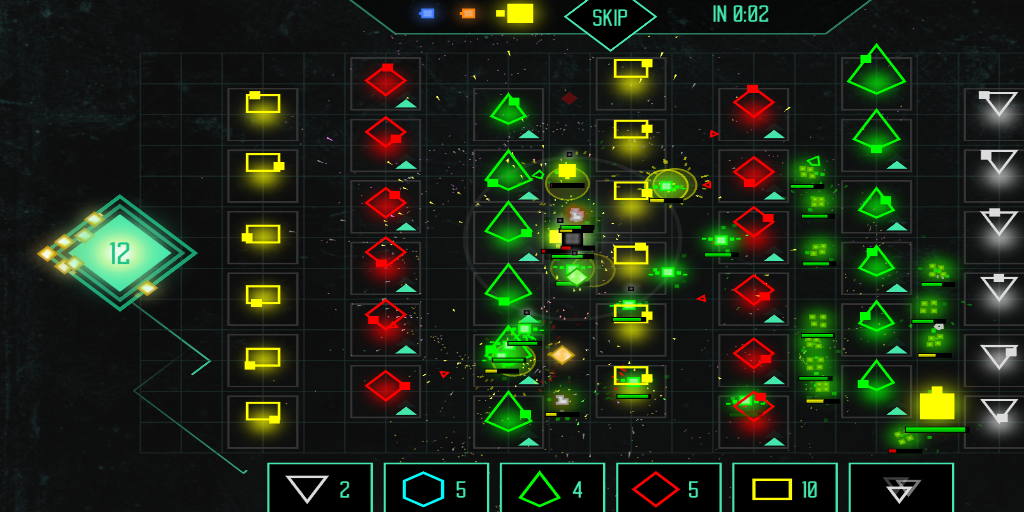 With only 6 slots for towers and with 30 possibilities – it can get tiresome to find that right combo. Make sure to get those waves going through your own long and winding path through the level. The options are yours.

A good game that kept me playing for several hours after reaching a conclusion already.  It isn’t a graphically great game but the gameplay and ease of use get top marks.

Solid 4/5 Game.  Good gapfiller before you get to the big games.  It is due for release on the 22nd of June on steam.