The rehashed series is back, looking at games that might not be on your new release radar but in your back catalogue. With the current climate of COVID and everything else, we are all playing games more and more to cope with the time. We have been breathing life into some older games.

A game about Football and managing it within a realistic environment. Take a team at the top and destroy them or take a team at the bottom to the top. The choices are yours, manage the team off the field while they aim to enact your plans on the field.
For those of us not good at Fifa, it lets you game the season and try your best to get that success. Nearly every team across the world is covered from the big divisions in Europe to the amateur teams in the straggler leagues. The replay-ability is huge.

From the off the User Interface will take a bit of learning to do. Start from the inbox and work out your game plan from there. Hit each box on the left of the screen and fine tune your team to success.

The main bits to focus on in the UI –

Squad – go through the statistics and attributes of your players, keep who you want to keep.
Tactics – Build your success on the field by creating 3 unique tactics to deal with every scenario
Staff – Delegate the minor tasks and focus on the major stuff you want to focus on. We hate the press conferences (way too repetitive) so we delegate all of that stuff.

On the field, the game is not just watching the players. Statistics of how they are playing are shown. The team may need a substitute, may need to rejig that formation or a good old shouting at to push them on.

Extra Life to it

Looking at the screenshots it might seem there is a lot to do, we suggest starting on the Touch variation of Football Manager then upgrade to the main game (found as separate games on the Steam Store).

It’s a good game worth buying every few years to see what direction it is going in. This is the “A” game in sports management. Is it perfect? No, as we said before press conferences are repetitive, so we skip them.

For more info –
There are plenty of sports management games on the market and we tend to get the opportunity to play them all. So, in a few days, we will look at both games from Out of The Park Developments (Franchise Hockey 6 and Out Of The Park 2020). 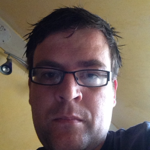 For the next few evenings, we will be pointing out games from the Steam Next Fest you should be looking at.   We will be playing through allot so you can find that gem, a little Read more…

UK TV News – Want to get that Christmas Feeling – Christmas Movies are coming!!

Great! Movies is a TV Channel in the UK (Available on Freeview 52, Sky 319, Virgin 424, and Freesat 303) will be converting their classic channel to movies for the festive holidays from the 8th Read more…

Atari have revealed recently they will be releasing a new et of 50th Anniversary collectible cartridges for the Atari 2600, Warlords and Super Breakout. These will be available to pre-order through the official Atari XP website and Limited Read more…